Based on income, Canada is ranked the 14th most affordable land to buy a home. To help everyone buy the first home, the government took notable initiatives to multiply housing construction throughout this continent and make housing more affordable for non-natives and natives alike. Moreover, first-time buyers would save more than $30k under the Tax-Free First Home Savings Account proposed in the budget for 2022.

The city of Summerside has one of the lowest tax rates in Canada. It has accessible real estate for new residents. You do not have to compromise on the groundwork to get an affordable house.

Living in Summerside is inexpensive. We can put its name at the top of the list of the most affordable cities in Canada. Summerside is always in high demand for low-cost homes. Properties at low price points are even sold in a single day.

Homes in the city sold for a median price of $194,000 in the last months of 2022. Although home prices rose by 1.2% compared to the previous year, the city is still relatively affordable for residents. However, it is expected that Summerside will open doors to affordable housing for immigrants as CMHC already announced constructing 70 rental housing units to help tenants.

In 2022, Prince George’s median home price fell to $283,581 in December from $301,199 which highlights a month-over-month downward trend of 5.85%. The current median price of a residential home in Prince George is $265k. In a word, the city is expected to be more affordable in the upcoming days for home buyers.

Prince George is always known for its inexpensiveness. Compared to other cities in the same province, Prince George has a lower cost of living which makes householders keep on with ease. People living in this city think, ‘Everything is more affordable here!’. Also, you are promised to get a community-oriented and secure environment in Prince George.

Halifax NS continued to be one of the affordable housing options for home buyers. Although being the capital of Nova Scotia, this city is quite affordable for residents if we take the home prices of central Canadian cities into consideration.

In comparison with November 2022, Calgary’s median home price has grown by 1.4%. The median price of semi-detached and detached houses correspondingly reached $512K and $570K. The city is predicted to be a very confusing housing market in the upcoming year.

Calgary still offers more affordable housing than many other markets in North America, which is why so many people choose to make it their home. Calgary is one of the cities that require the least amount of money for a livelihood. Compared to other Canadian cities, the living cost index in Calgary is much lower. One needs around $1.7K for housing and utilities a month.

Running a vehicle is relatively financially pleasant in Calgary. It has only a 5% Goods and Services Tax. On top of that, the low sales tax is alluring enough to draw people to the cleanest city.

Maple Ridge BC is a thriving housing market. It is becoming one of the populous cities in British Columbia. The prestigious parts of Maple Ridge BC are home to some world-class estates. The median home value in Maple Ridge is $899,000 making an average home price of $1,047,574.

Property prices depend on which part you are planning to shift your home to. Well-populated communities such as West Central and Silver Valley may require you to pay a little more to purchase a new home than small neighborhoods.

Choosing an apartment or condominium in Maple Ridge saves you more money. The average cost of a mid-sized apartment is almost double in Vancouver than that of Maple Ridge. It makes

you consider the city as a superior place to live in.

The town of Maple Ridge is a better choice for family budding. The cost of living in the city is more inexpensive than in cities like Coquitlam. Tenants in Maple Ridge pay less on average for groceries, childcare, and rent. It can be a desirable destination for a tranquil lifestyle.

What makes Canadian real estate more affordable for a homebuyer? Maybe the city you plump for! Hunting for housing affordability may seem inefficacious until you discover the cheapest cities located in this territory. 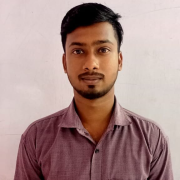 Abdul Aziz Mondal
Abdul Aziz Mondol is a professional blogger who is having a colossal interest in writing blogs and other jones of calligraphies. In terms of his professional commitments, he loves to share content related to business, finance, technology, and the gaming niche.

Maximizing Returns With Bali Real Estate: What You Need To Know

The Perks Of Having A Second Home In Colorado

5 Things You Should Think About Before Buying Precast Concrete

What Happens If A Home Appraisal Comes In Low

Rainproof Your Property With These 8 Tips