Los Angeles is known for Hollywood and expensive housing, though San Francisco is worse when it comes to housing costs.

On the other hand, all real estate is local, and property prices can vary wildly from neighborhood to neighborhood. This is also why you could find neighborhoods in Los Angeles where you can afford to buy a home.

Here are the best neighborhoods in Los Angeles for buying your first home.

The average home in Los Angeles costs around 850K. The average home in El Sereno is roughly 200K less. The median price of El Sereno homes is 660K. The housing market is somewhat competitive, but you won’t get caught up in a bidding war. Homes tend to go for five to ten percent more than their list price. The hottest homes here sell for ten to fifteen percent over their list price.

Echo Park has the honor of the list of the best LA neighborhoods. It is a quiet suburban neighborhood in easy reach of downtown Los Angeles. There are small starter homes mixed in with apartments and condos.

This means that although the average home sells for nearly a million dollars, you can find condos and smaller older homes at a price you can afford. And you’re near the massive Elysian Park as well as next to the namesake Echo Park.

The average home in Lincoln Heights sells for a little over 700,000 dollars. This is more than 100K less than the median home price in Los Angeles. This area gets points for being close to the arts district and the fashion district. You’re also within easy commuting distance of the civic center and downtown LA.

Encino is a suburb of Los Angeles rather than a neighborhood in Los Angeles. It gets points for being one of the safest LA suburbs. The median home price in Encino is roughly 750K. That makes it roughly 100K less than the average home in LA, and you’ll feel comfortable letting your kids play outside.

It offers shopping and retail, but you’re also close to greenspaces like Lake Balboa and Westridge-Canyon back Wilderness Park. You’re a few miles west of North Hollywood and Universal Studios Hollywood. And residents have access to Highway 101 and Highway 405.

This neighborhood is named for Los Feliz Boulevard. It is northwest of the Silver Lake area. Los Feliz borders Hollywood. Griffith Park is just north of Los Feliz and encompasses part of the Santa Monica Mountains.

This neighborhood is more than a century old, and it is one of the densest parts of LA. While the neighborhood is dominated by apartments and condos, duplexes and larger detached single-family homes are available in the area.

The average home in this neighborhood costs roughly a million dollars. While that is higher than the average cost of a home in LA, it is a relative bargain compared to Silicon Valley. And that’s a reasonable comparison to make given that this neighborhood is close to the rapidly growing Silicon Beach area.

How To Sell A Mobile Home

What Are the Best Tips for a First-Time Homebuyer? 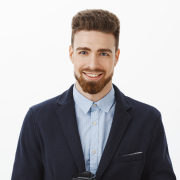 Roman Reign
Roman Reign is a passionate blogger. He loves to share his thoughts, ideas and experiences with the world through blogging. Roman Reign is associated with okey magazine & gossipment.

6 Things You Must Consider When Buying Custom Canopy Tents

What To Look For When Buying Your First Home

Knockdown Rebuild vs Buying Land – What Are the Pros and Cons?

Consider These Factors Before Buying Land In Colorado

Who Represents The Title Company And Facilitates The Final Transaction?

3 Reasons Why Specialty Coffee Beans Are Worth Buying